PURCHASE, N.Y., Jan. 16, 2020 /PRNewswire/ -- Today, Pepsi announced chart-topping international superstar Harry Styles is set to headline the brand's annual Super Bowl weekend party. Harry, who is about to embark on his international Love on Tour, will take the Pepsi Zero Sugar stage for what is sure to be an epic genre-bending performance of his multi-platinum debut Sign of the Times and new global hits including Adore You and Watermelon Sugar from his critically-acclaimed second solo album, Fine Line. Also performing a special DJ set that evening is Academy, Grammy and Golden Globe-winning artist and producer Mark Ronson. Ronson released his fifth studio album Late Night Feelings in 2019 to rave reviews. 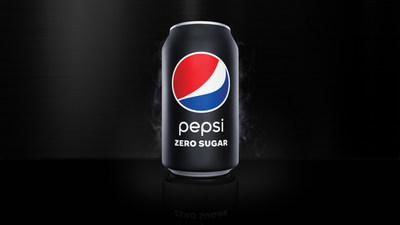 "I'm excited to be playing the Pepsi Super Bowl party this year. I hear they're amazing and I'm looking forward to it. See you in Miami – H."

This year's event celebrates the new bold look of Pepsi Zero Sugar with a redesigned matte black can and black tab, on shelves now. Planet Pepsi Zero Sugar will showcase the unapologetic new look and attitude of the zero-sugar cola and is one of many events before, during and after Super Bowl LIV – including the "America Wins Zero" promotion. The event follows a legendary list of previous Pepsi Super Bowl parties featuring artists like Travis Scott, Bruno Mars, Pharrell and more.

"For years, Pepsi has created some of the most memorable Super Bowl LIV celebrations with the biggest and best music artists on the planet," said Todd Kaplan, VP of Marketing at Pepsi. "This year is no exception, as we couldn't imagine a better way to do that than having global sensation, Harry Styles, headline our Pepsi Zero Sugar Super Bowl LIV party. We want to give fans in Miami a night they will never forget, so we are building a bold, fully-immersive event on an island that will be unlike any other experience."

Planet Pepsi Zero Sugar will be built at Meridian at Island Gardens on Watson Island, transforming the 65,000 square foot custom-built destination into a bold, alternate reality blanketed in neon lights, LED walls, mirrors with projection mapping and more. Celebrating Pepsi's unique and unparalleled history in music and entertainment, Planet Pepsi Zero Sugar brings the exciting new look and feel of the Pepsi Zero Sugar matte black can to life in a way that only Pepsi can. Alongside Harry Style's ethereal music style, the out-of-this world build out will transport fans to a transcendent audio-visual experience unlike anything else at Super Bowl LIV.

"Pepsi is synonymous with the biggest musical moments surrounding Super Bowl LIV and we know Friday night's party is going to raise the bar even higher," said Jack Murphy of Meridian. "We can't wait to bring Planet Pepsi Zero Sugar to life at Meridian, which will no doubt serve as the perfect backdrop to an amazing performance from Harry Styles."

General admission tickets go on sale beginning at 3:30 p.m. ET today; this event is for ages 18+. Fans should follow Pepsi (@Pepsi) and HSHQ (@HSHQ) on social media for the latest updates around the Planet Pepsi Zero Sugar party at Meridian at Island Gardens.

ABOUT PEPSICO:
PepsiCo products are enjoyed by consumers more than one billion times a day in more than 200 countries and territories around the world. PepsiCo generated more than $64 billion in net revenue in 2018, driven by a complementary food and beverage portfolio that includes Frito-Lay, Gatorade, Pepsi-Cola, Quaker and Tropicana. PepsiCo's product portfolio includes a wide range of enjoyable foods and beverages, including 22 brands that generate more than $1 billion each in estimated annual retail sales.

Guiding PepsiCo is our vision to Be the Global Leader in Convenient Foods and Beverages by Winning with Purpose. "Winning with Purpose" reflects our ambition to win sustainably in the marketplace and embed purpose into all aspects of the business. For more information, visit www.pepsico.com.

ABOUT HARRY STYLES:
Harry Styles has returned with his critically acclaimed second solo album Fine Line — his first piece of new music in two years. It's a new chapter in the story he's been building for the past ten years—a musical journey unlike any other. Styles' Fine Line, released in December 2019 on Columbia Records, achieved an array of history-making records and topped the charts at #1 in over 20 countries.  The album, which features the new single "Adore You," debuted at #1 in the U.S. on the Billboard 200 with over 478,000 equivalent album units sold, making history as the biggest sales week for a solo U.K. male artist's album since Nielsen Music began electronically tracking sales data in 1991, and was the 3rd highest debut for any artist in 2019. Harry is nominated for Best Male and Mastercard Album of the Year at the 2020 BRIT AWARDS. He will kick off his world tour Love on Tour in April 2020 in support of Fine Line. Styles became an overnight sensation with the band One Direction which conquered the world, touring and scoring hits at a frantic pace, while he began to evolve as a songwriter and performer. Styles went his own way in spring 2017 when he dropped his first solo single: the double-platinum piano epic "Sign of the Times," which Rolling Stone named the Song of the Year. His self-titled debut album released in May 2017, entered the Billboard 200 at #1 and topped charts at #1 in over 55 countries. The timeless 10-track album confirmed Styles as an artist schooled in the classics, while still breaking new ground. He toured the album in 2017 and 2018 with 90 sold-out shows in over 20 countries. He made his acting debut in Christopher Nolan's Oscar-nominated film "Dunkirk" in July 2017, becoming the first British artist with a #1 debut single, album and film in the same year.

Ronson spent the first eight years of his life growing up in London, England before moving with his family to New York City.  Already a keen student of music, and a huge fan of hip hop, he was 16 when he first began creating mixtapes and trying his hand at DJing. That early passion set him on a path to music production, recording and songwriting that has resulted in a career highlighted by work on a multi Grammy-winning album by Amy Winehouse, as well as his own Grammy-winning, global smash hit with Bruno Mars, "Uptown Funk."  Along with releasing four successful albums under his own name, his resume includes production work for some of music's biggest names, including Adele, Paul McCartney, Duran Duran and Lily Allen. More recently, he helmed Lady Gaga's acclaimed fifth album, Joanne and Queens Of The Stone Age's lauded Villains.  In 2018 he released a string of singles with Diplo under the name Silk City, including the current world wide hit "Electricity" with Dua Lipa, which earned him a Grammy Award for "Best Dance Recording" in 2019.

He is a co-writer of the song "Shallow," recorded by Lady Gaga and Bradley Cooper for the movie A Star Is Born, for which he earned an Academy Award for "Best Original Song," a Golden Globe Award for "Best Song Written for a Motion Picture," and 2 Grammy Awards.

Most recently Mark collaborated with Miley Cyrus, Camila Cabello, Lykke Li, YEBBA and more for his fifth studio album Late Night Feelings, which was released in June to rave reviews.

He is currently based in Los Angeles where he operates his record label, Zelig Records, home to fast rising star King Princess. To date, Ronson has 1 Academy Award, 7 Grammy Awards, 2 Brit Awards, 1 Golden Globe Award and 1 MTV VMA Award to his name. 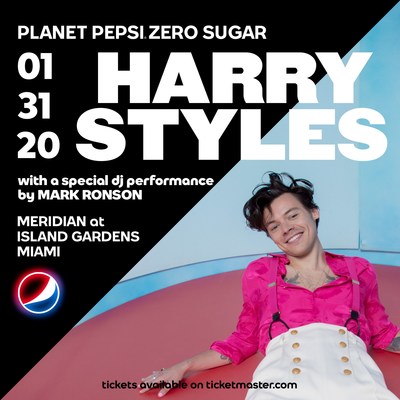