PURCHASE, N.Y., Jan. 11, 2018 /PRNewswire/ -- Pepsi today unveiled this year's global creative campaign, "Pepsi Generations," a celebration of the brand's rich history in pop culture for 120 years. Through the decades, Pepsi has encouraged consumers to have fun, live out loud and enjoy life to the fullest. Pepsi has created memorable moments across generations that have shaped culture and still generates interest from consumers today. The "Pepsi Generations" campaign will celebrate the best moments of our past, create new iconic moments for today and set the stage for an exciting future, allowing Pepsi to be the choice for decades to come.

The campaign kicks off in February with the debut of an in-game advertisement during Super Bowl LII and the Pepsi Super Bowl LII Halftime Show, as well as a Pepsi Generations Live pop-up that will be at cultural moments across the U.S. throughout the year, starting with the Super Bowl in Minneapolis. Pepsi Generations comes to life at the point of purchase with the limited-time introduction of retro packaging as well as the return of the Pepsi Stuff loyalty program.

"Since our brand was founded more than a century ago, Pepsi has stood for a youthful spirit and the choice of a new generation," said Chad Stubbs, Vice President, Marketing, Pepsi Trademark, North America. "2018 will be a year to celebrate the past while embracing the future; always reminding consumers to do what they love and have a little fun in their lives."

The Pepsi Generations campaign will roll out in more than 55 markets around the world across the full Pepsi portfolio – Pepsi, Pepsi Zero Sugar and Diet Pepsi – throughout 2018.

"This is the Pepsi" TV Advertisement, Debuting at Super Bowl LII:
To introduce the Pepsi Generations campaign, the brand will air a 30-second in-game advertisement called "This Is the Pepsi" during Super Bowl LII featuring iconic celebrities of Pepsi's past and present, including a new take on the famous 1992 Pepsi Super Bowl advertisement starring Cindy Crawford and this time, also her son Presley Gerber.

"To this day, people come up to me to talk about how much they loved my original Pepsi spot from '92," said Crawford. "The commercial was a big moment for me and has spanned generations. I am proud to play a role in this iconic pop-culture phenom and excited for fans to see our new take on the Pepsi spot during Super Bowl."

Additional details around the advertisement will be released in the coming weeks.

In the 10 seconds before the Pepsi Super Bowl LII Halftime Show, the brand will countdown to Justin's epic performance with an unforgettable lead-in.

Limited-Edition Retro Packaging: With a nod to its legacy, Pepsi is reintroducing its iconic vintage design on regular Pepsi products for a limited time. Beginning Jan. 29, the retro packaging pulled straight from the brand's archives will be available at major retailers nationwide in 2-liter bottles, 20-oz. bottles and 12-oz. can 12-packs. This packaging release in select markets around the world will be the first in a series of limited-edition packaging unveiled in 2018 across the trademark, including Pepsi, Pepsi Zero Sugar and Diet Pepsi.

The Return of Pepsi Stuff: Pepsi Stuff, the U.S. loyalty program first released in 1996, is making a comeback. Similar to the first Pepsi Stuff campaign, the promotion features classic Pepsi designs across a range of lifestyle premiums -- such as vintage T-shirts, hats, LED signs, varsity jackets, coolers, bikes and more -- that can be redeemed with Pepsi Points through PepsiStuff.com. Fans of all ages in the U.S. only can earn points through codes on participating retro packs under the cap or inside take-home packs, and entering codes onto PepsiStuff.com. New Pepsi Stuff prizes will be released throughout the year.

Pepsi Generations Live Pop-ups: Pepsi will present a series of pop-up exhibits in the U.S. throughout the year featuring pop-culture milestones in Pepsi history. Pepsi Generations Live pop-up exhibits will guide fans through the evolution of how Pepsi's history has connected with people over generations. The series will kick-off during Super Bowl LII in Minneapolis at Nicolette Island Pavilion (40 Power St, Minneapolis, MN 55401) featuring a private performance from breakout Country music duo LOCASH. Nominated for Academy of Country Music, Country Music Association and CMT awards in 2017, their red-hot new single "Don't Get Better Than That" is currently climbing the Country charts. The pop-up will be open to the public at select times on Friday, Feb. 2 and Saturday, Feb. 3.

Visit Pepsi.com for more information on Pepsi Generations and join the conversation via @pepsi and #PepsiGenerations. 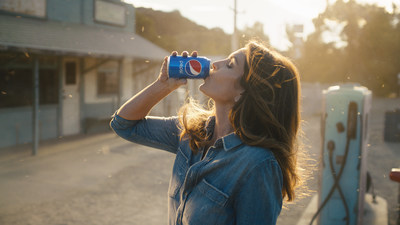 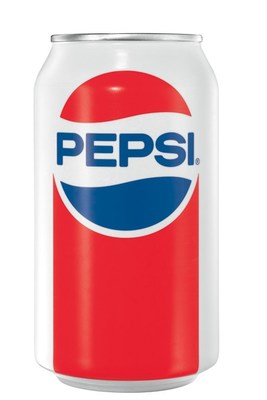