PURCHASE, N.Y., March 6, 2018 /PRNewswire/ -- #LOVEITLIVEIT – Throughout history Pepsi® has brought joy to each generation, connecting fans with the entertainment that has made the brand an icon in pop culture. With the world's most popular sport in the hearts and minds of people more than ever, today Pepsi announces its global 2018 "LOVE IT. LIVE IT. FOOTBALL." campaign. From shareworthy content with the game's famed players to unexpected football moments and experiences, there will be more to love and live from Pepsi throughout the year.

"Pepsi is known for bringing football's most iconic heroes and hopefuls to the world in unexpected, entertaining ways, showing fans the never-seen-before sides of the players they love," said Natalia Filippociants, Senior Marketing Director, Global Pepsi Trademark, Global Beverage Group, PepsiCo. "What tightly links the football experience across our iconic brand, the players and our collective fans around the world is a love for the game. This year, we'll love and live the game like never before in all we do."

The rich, 360-degree 2018 "LOVE IT. LIVE IT. FOOTBALL." campaign connects art and sport to bring the beautiful game to life – on and off the pitch – with a unique, highly sharable and joy-evoking take on the sport and our world-class line-up of global footballers:

Across the Pepsi trademark, the distinctive art aesthetic links and animates all elements – from the limited-edition player packaging and arresting out of home that is more art than billboard, to thumb-stopping digital content and a highly-anticipated blockbuster TV commercial to be aired in more than 60 markets worldwide.

Cinematic TV Creative
Airing alongside the brand's official UEFA Champions League partnership, the "Love It. Live It." global TV commercial brings five of the world's best players to the streets for an action-packed, high-energy kickabout with fans – and paint-filled balls. The all-star global 2018 Pepsi squad – Leo Messi, Marcelo, Toni Kroos, Carli Lloyd and Dele Alli – show off their skill and agility as they race through the bustling crowd to dodge paintballs coming from every direction. The energy and excitement is palpable as more people decide to live for the moment, join the game and cheer on the players.

Walls, windows and people get splattered from head to toe in paint. With an unexpected twist on the game and an invitation for everyone to play, Pepsi once again brings fans a whole new way to experience the game they love. "Light it Up (feat. Nyla & Fuse ODG) (Remix)" by Major Lazer provides the soundtrack pulse.

The Art of Football
From Messi's unstoppable presence and reign over the pitch to Marcelo's tenacious playstyle, each athlete has a unique attribute that Pepsi is bringing to life through a series of bold, black & white portraits captured by renowned lensman Danny Clinch.

Clinch's photographs - which capture the spirit, character and energy of each Pepsi teammate – act as the canvas for extremely personal artistic overlays created by visual artists from the athletes' home countries. Diego Jimenez (aka DIYE) (Argentina), Bicicleta Sem Freio (Brazil), Dennis Schuster (aka DXTR) (Germany), Kim Sielbeck (US) and Iain Macarthur (UK) designed their own graphic interpretations of each player's story.

Throughout the year Pepsi will be releasing additional disruptive content and experiences that enable fans to truly love and live the game, including:

Join the conversation online with Pepsi and #LOVEITLIVEIT.

At the heart of PepsiCo is Performance with Purpose – our fundamental belief that the success of our company is inextricably linked to the sustainability of the world around us. We believe that continuously improving the products we sell, operating responsibly to protect our planet and empowering people around the world is what enables PepsiCo to run a successful global company that creates long-term value for society and our shareholders. For more information, visit www.pepsico.com. 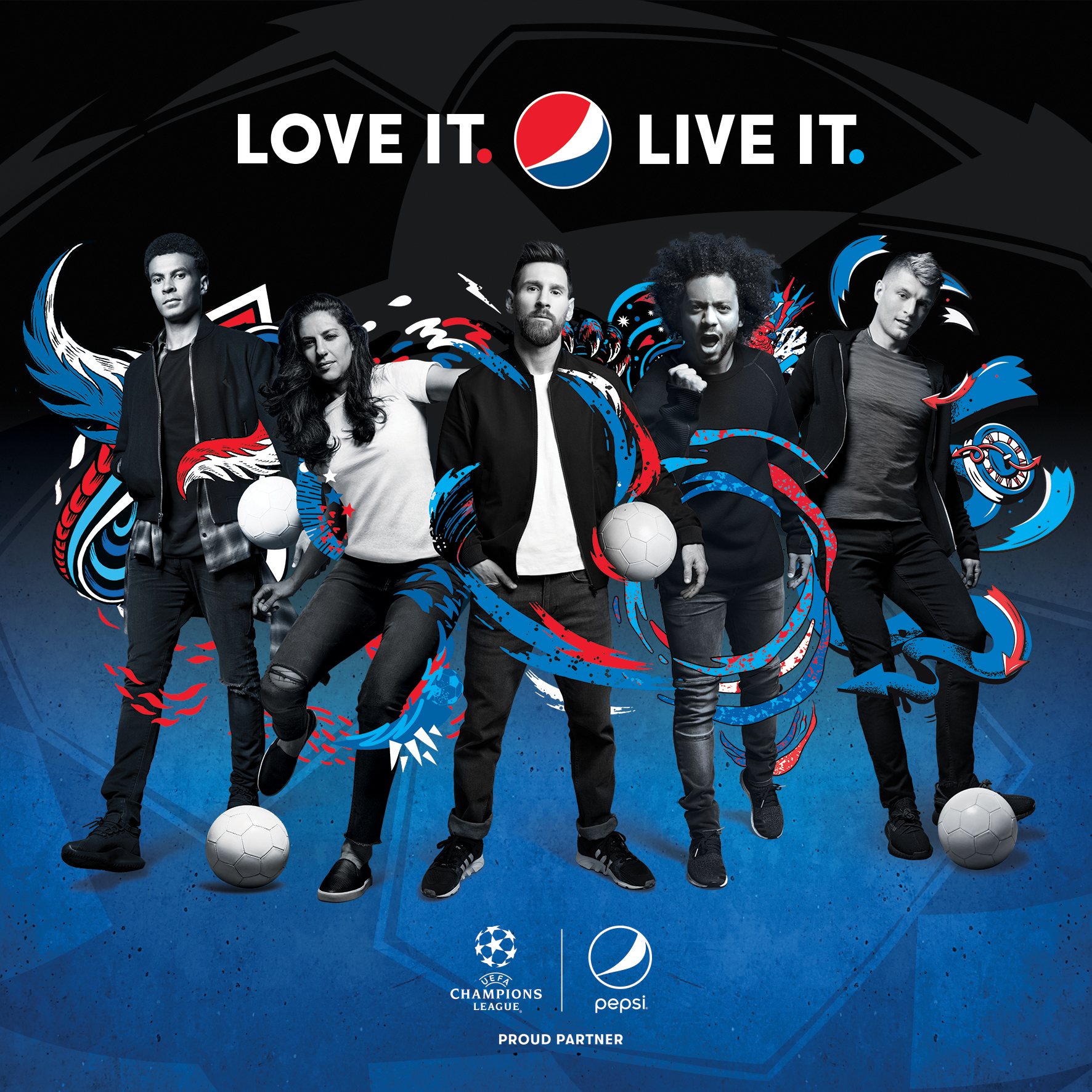 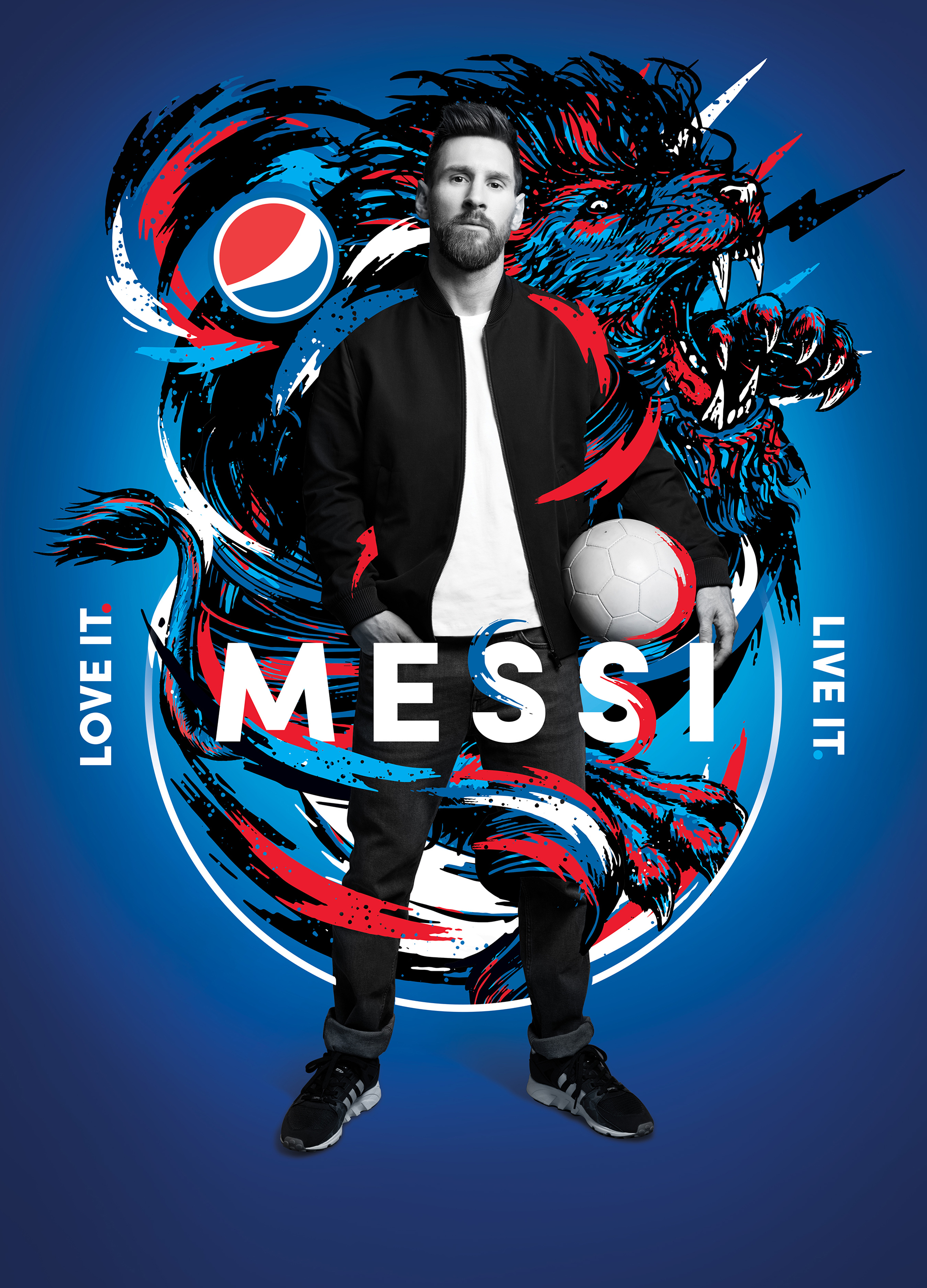 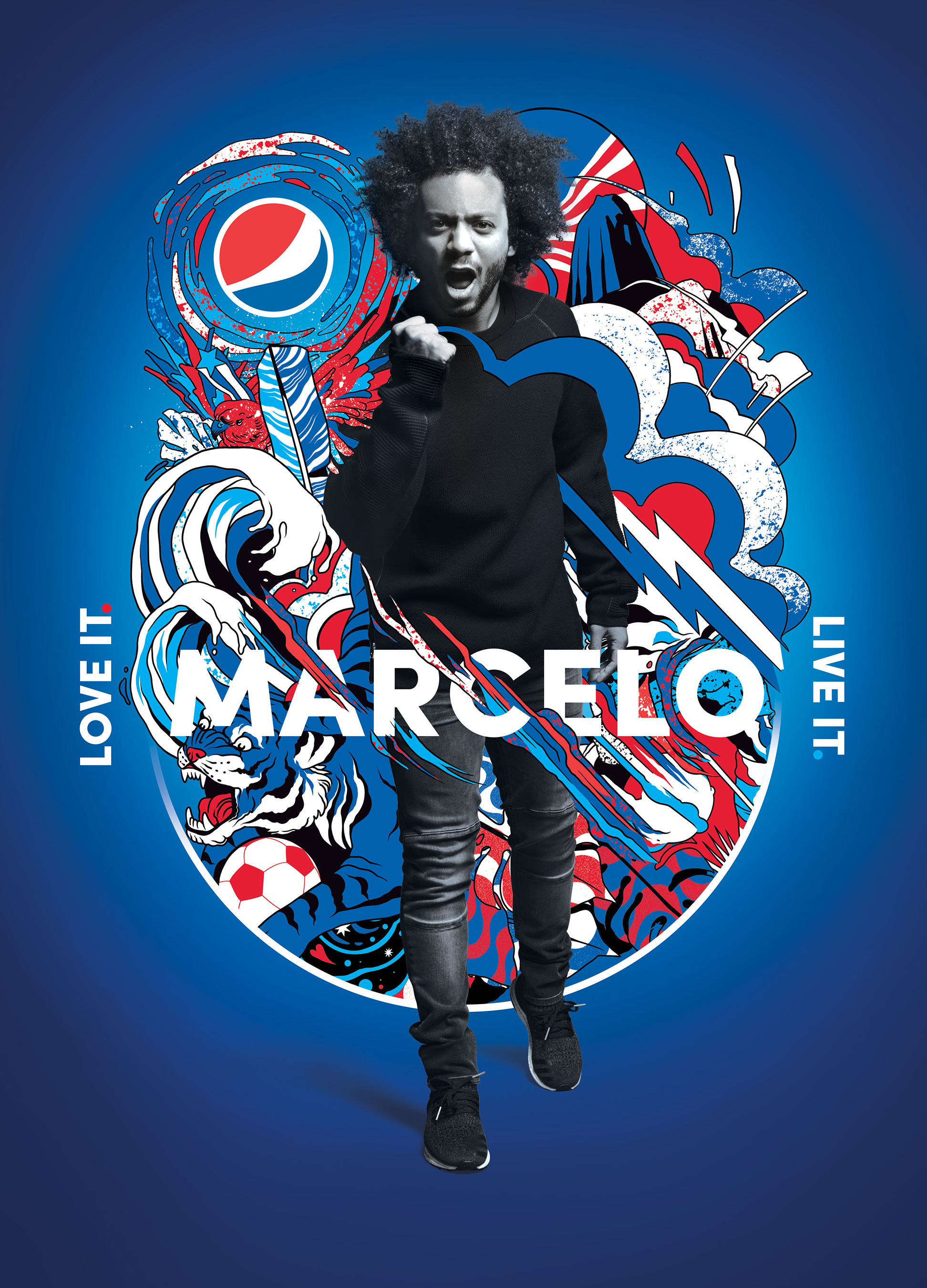 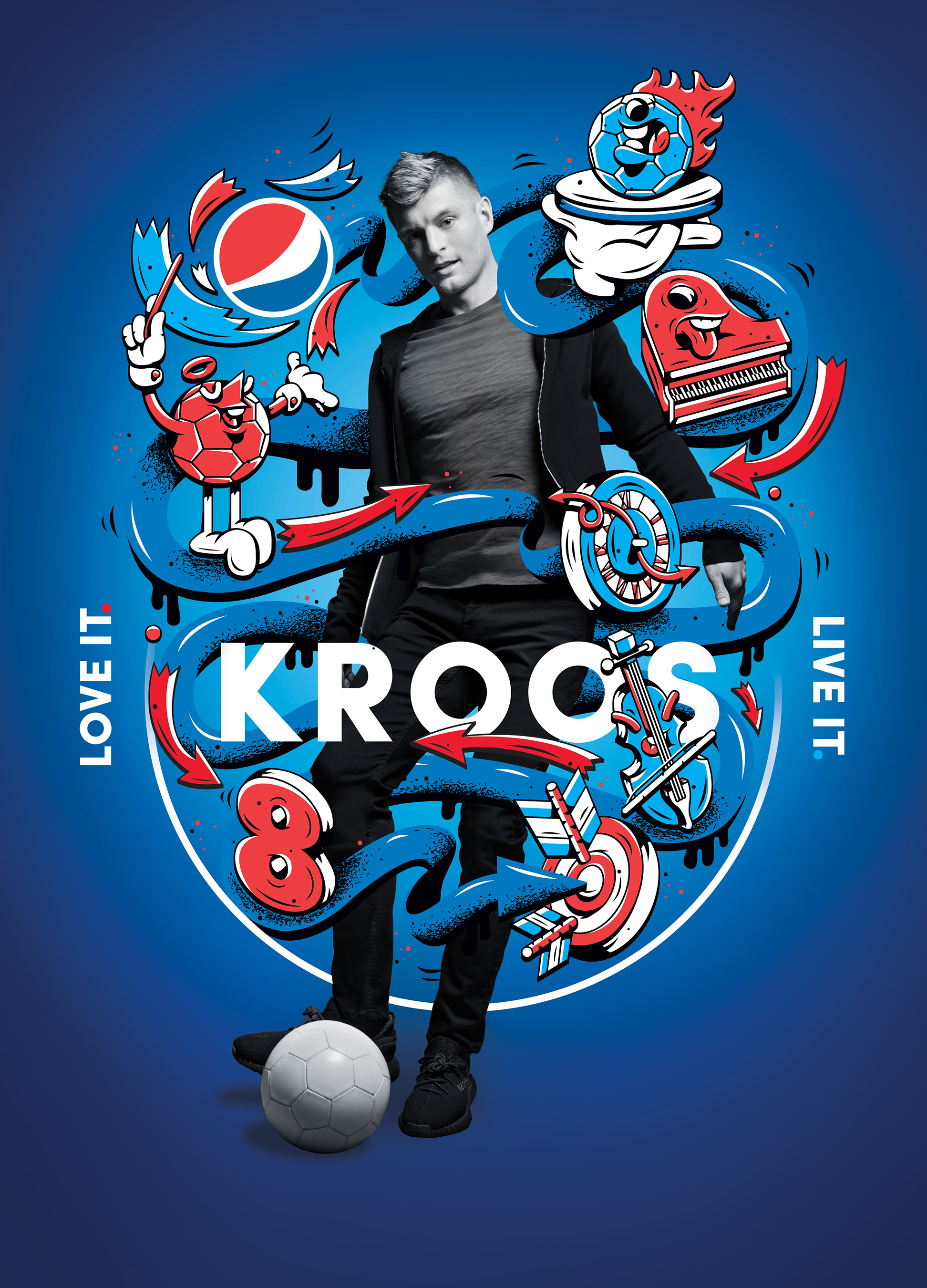 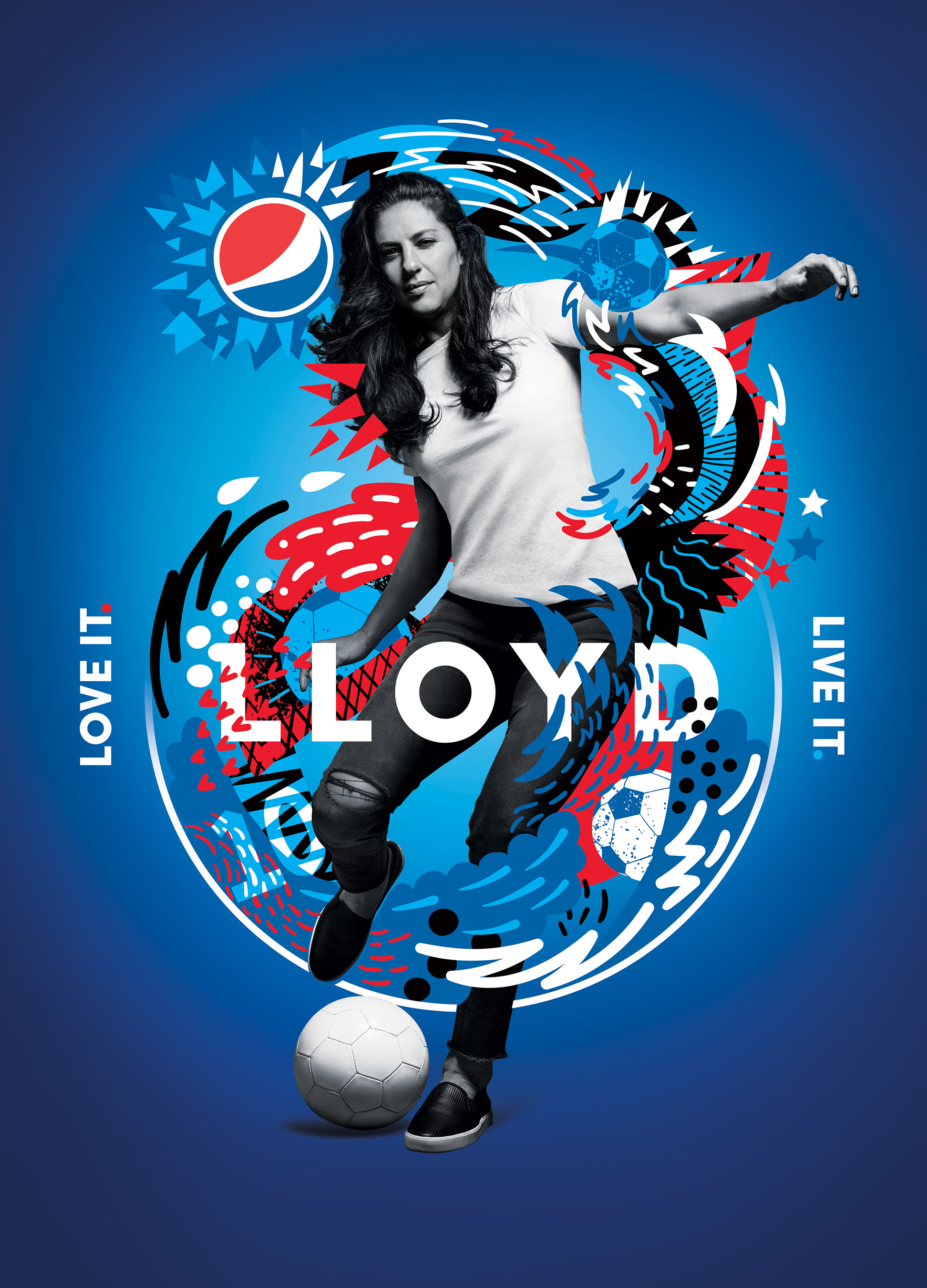 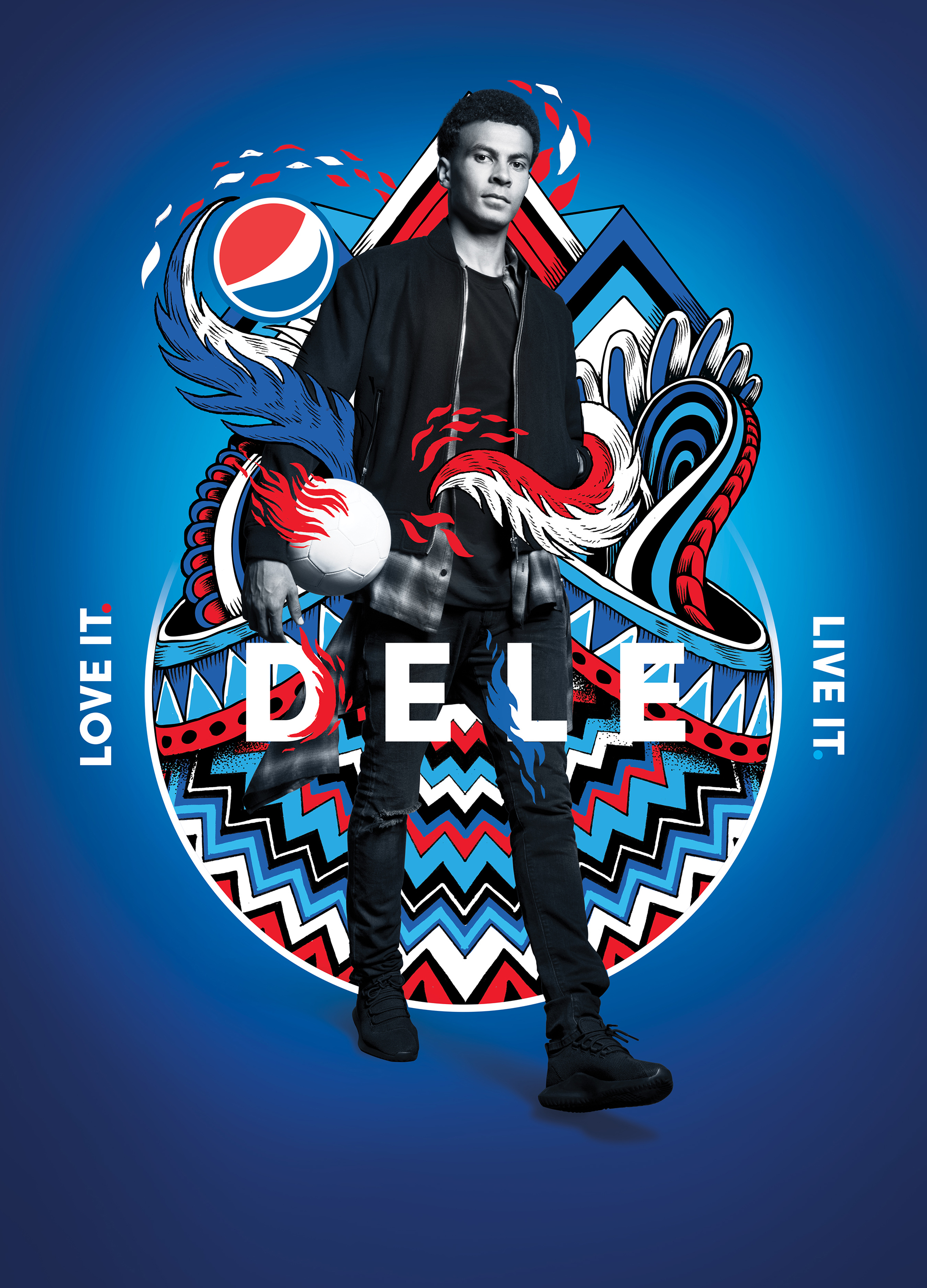