PURCHASE, N.Y., Jan. 11, 2021 /PRNewswire/ -- The Pepsi Super Bowl Halftime Show is one of the most talked about moments in music and entertainment in the United States. With more than 100 million viewers tuning in for the spectacle and millions of fans abuzz on social in recent years, a performance this powerful cannot be contained to just one night. With boundary-bending artist and international phenom The Weeknd set to take the stage next month, Pepsi is going all-in on the Super Bowl LV Halftime Show starting now.

Pepsi is elevating the moment with its first Super Bowl Halftime Show TV spot featuring the year's headlining artist. The spot debuted during the NFL Super Wild Card games this past weekend and will continue to air throughout the NFL Playoffs and on PepsiHalftime.com - a digital fan portal providing custom AR filters, an in-depth behind-the-scenes look at this year's Pepsi Super Bowl Halftime Show and more.

Pepsi is bringing the Super Bowl LV Halftime Show to life across multiple retail and digital components. Retail promotions are in markets around the country now and, in the coming weeks, more content and experiences will roll out for fans online. The campaign includes:

About PepsiCo
PepsiCo products are enjoyed by consumers more than one billion times a day in more than 200 countries and territories around the world. PepsiCo generated more than $67 billion in net revenue in 2019, driven by a complementary food and beverage portfolio that includes Frito-Lay, Gatorade, Pepsi-Cola, Quaker and Tropicana. PepsiCo's product portfolio includes a wide range of enjoyable foods and beverages, including 23 brands that generate more than $1 billion each in estimated annual retail sales.

Guiding PepsiCo is our vision to Be the Global Leader in Convenient Foods and Beverages by Winning with Purpose. "Winning with Purpose" reflects our ambition to win sustainably in the marketplace and embed purpose into all aspects of the business. For more information, visit www.pepsico.com.

QR Code is a registered trademark of Denso Wave Incorporated. 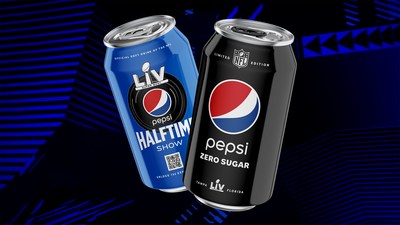