PepsiCo Recycling and Diary of a Wimpy Kid author, Jeff Kinney, Team Up to Inspire Recycling Habits in School 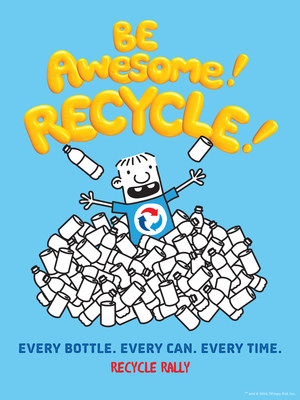 Jeff Kinney designed an exclusive cartoon illustrating the importance of recycling through the eyes of Rowley, the protagonist of Kinney's latest book, Diary of an Awesome Friendly Kid. The colorful, highly shareable visual prompts students and teachers to embrace recycling and understand that recycling every bottle, every can, every time is not only important, but a behavior that is celebrated among their peers. In the spirit of an "I Voted" sticker, the "Be Awesome! Recycle!" cartoon and associated resources will enable students to broadcast their positive action to their friends, and establish recycling as not only a social norm, but something to be proud of.

"I am thrilled to be working with PepsiCo's Recycle Rally this school year! Their program not only encourages kids to recycle but also educates them about its importance and what they can do to make a difference," said Jeff Kinney. "Having Rowley Jefferson as the spokesperson for this year's campaign is truly awesome! I hope that his positive spirit and kindhearted values help encourage even more students to participate in this year's rally!"

The partnership comes at a time when 62 percent of Americans worry that a lack of knowledge is causing them to recycle incorrectly, and 25 percent of all recycling is contaminated. To combat these issues, PepsiCo Recycle Rally promotes proper recycling habits among K-12 schools, as research shows that educating children about recycling helps form long-term behavior change.

"Peers have an enormous influence on social norms, and it is important to instill behaviors like recycling at a young age," says Tom Mooradian, senior manager of Environmental Sustainability at PepsiCo. "By incorporating the Wimpy Kid world into this year's campaign, we're aiming to showcase recycling behaviors in a fun, relatable way that will enable today's students to see recycling in a whole new light and make it a gratifying part of their daily lives."

Participating Recycle Rally schools can choose to receive the Rowley cartoon in the form of stickers, tattoos, t-shirts, posters and recycling bins. They will also have the option to receive select Diary of a Wimpy Kid books (while supplies last) and other Diary of a Wimpy Kid-themed classroom collateral to inspire recycling participation. In the next few months, the PepsiCo Recycle Rally program and Jeff Kinney will activate additional reward-based campaign extensions to encourage school participants to recycle throughout the year.

PepsiCo has a long history of working to improve recycling rates in the U.S. and is firmly committed to being a leading force in the industry-wide push for better recycling and sustainable packaging. The Recycle Rally program is one of the company's flagship programs that support PepsiCo's ambitious corporate sustainability goal to increase recycling rates in the U.S. For more information and details on how schools can sign up for Recycle Rally, visit PepsiCoRecycling.com/RecycleRally.

About PepsiCo Recycling
The PepsiCo Recycling initiative, introduced on Earth Day 2010, brings innovative recycling solutions to colleges and universities, K-12 schools, gas stations and popular retail locations across North America with the goal of increasing beverage container recycling rates. With programs including college and university container collections and Recycle Rallies – and the help of many strategic partners, students and community members – PepsiCo is on its way to capturing more recyclables and creating a culture of recycling. To learn more, please visit PepsiCoRecycling.com.

About PepsiCo Recycle Rally
PepsiCo Recycle Rally is a free program that provides recycling funding, resources and infrastructure to U.S. K-12 schools needed to instill proper recycling habits at a young age and close a national shortfall in recycling education. Since its 2010 inception, Recycle Rally has kept almost 500 million recyclable containers out of landfills and is now active in over 6,000 schools.

About PepsiCo
PepsiCo products are enjoyed by consumers more than one billion times a day in more than 200 countries and territories around the world. PepsiCo generated more than $64 billion in net revenue in 2018, driven by a complementary food and beverage portfolio that includes Frito-Lay, Gatorade, Pepsi-Cola, Quaker and Tropicana. PepsiCo's product portfolio includes a wide range of enjoyable foods and beverages, including 22 brands that generate more than $1 billion each in estimated annual retail sales.

Guiding PepsiCo is our vision to Be the Global Leader in Convenient Foods and Beverages by Winning with Purpose. "Winning with Purpose" reflects our ambition to win sustainably in the marketplace and embed purpose into all aspects of the business.  For more information, visit www.pepsico.com.

About the Author
Jeff Kinney is a #1 New York Times bestselling author and a six-time Nickelodeon Kids' Choice Award winner for Favorite Book for his Diary of a Wimpy Kid series. Jeff has been named one of Time magazine's 100 Most Influential People in the World. He is also the creator of Poptropica, which was named one of Time's 50 Best Websites. He spent his childhood in the Washington, D.C., area and moved to New England in 1995. Jeff lives with his wife and two sons in Massachusetts, where they own a bookstore, An Unlikely Story. For more Wimpy Kid, visit wimpykid.com.

About the Wimpy Kid Series
Diary of a Wimpy Kid books are published in 74 editions in 62 languages. More than 200 million copies of the books in the series have been sold globally. Published in 2007, the first book was an instant bestseller and has remained on the New York Times bestseller list since its publication and through the release of the thirteenth book for more than 672 weeks total. The Diary of a Wimpy Kid spinoff book Diary of an Awesome Friendly Kid was published in April 2019 and was an instant #1 New York Times, USA Today, Wall Street Journal, and Publishers Weekly bestseller in the US, and reached #1 in every country in which it was published. 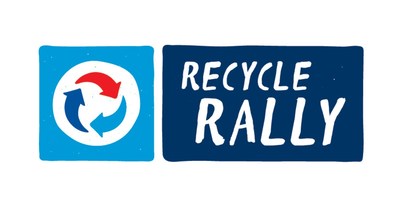