PURCHASE, N.Y., Aug. 6, 2018 /PRNewswire/ -- PepsiCo, Inc. (NASDAQ: PEP) ("PepsiCo") today announced that its Board of Directors has unanimously elected Ramon Laguarta, 54, to succeed Indra K. Nooyi, 62, as Chief Executive Officer. Nooyi will step down on October 3rd after 24 years with the company, the last 12 as CEO. She will remain Chairman until early 2019 to ensure a smooth and seamless transition. Laguarta was also elected to the company's Board of Directors, effective October 3rd. 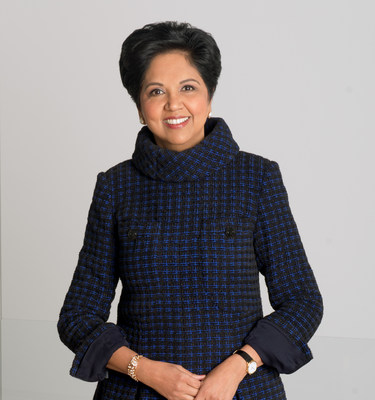 "Leading PepsiCo has truly been the honor of my lifetime, and I'm incredibly proud of all we have done over the past 12 years to advance the interests not only of shareholders, but all our stakeholders in the communities we serve," said Nooyi. "Growing up in India, I never imagined I'd have the opportunity to lead such an extraordinary company. Guided by our philosophy of Performance with Purpose—delivering sustained performance while making more nutritious products, limiting our environmental footprint and lifting up all the communities we serve—we've made a more meaningful impact in people's lives than I ever dreamed possible.  PepsiCo today is in a strong position for continued growth with its brightest days still ahead."

Nooyi continued: "Ramon Laguarta is exactly the right person to build on our success. He is a terrific executive with a long and proven track record of growing businesses. He has a deep understanding of the changing preferences of consumers and other critical trends unfolding around the world, and he has demonstrated that he knows how to navigate them successfully. Ramon has been a critical partner in running the company, and I'm confident he will take PepsiCo to new and greater heights in the years to come."

Speaking on behalf of PepsiCo's Board of Directors, presiding director Ian Cook said: "As Chairman and CEO, Indra has provided outstanding leadership over the past 12 years, serving as a model both within our industry and beyond for responsible corporate stewardship in the 21st century.

"She has delivered strong and consistent financial performance, managing with an eye toward not only the short-run, but the long-run as well. As CEO, she grew revenue more than 80%, outperforming our peers and adding a new billion-dollar brand almost every other year. And shareholders have benefited: $1,000 invested in PepsiCo in 2006 is worth more than two-and-a-half times that amount today.

"At the same time, Indra has invested for the future, leading the way on corporate sustainability and responsibility, and embedding a sense of purpose in everything the company does. As one of the first Fortune 100 CEOs to embed sustainability targets into business operations, Indra was a pioneer, paving the way for a new generation of business leaders who seek to 'do well by doing good.' Under her leadership, PepsiCo grew its portfolio of Good for You and Better for You options from about 38% of revenue in 2006 to roughly 50% in 2017, almost tripled its investments in research and development to expand its more nutritious offerings and minimize its environmental impact, and achieved global recognition for the company's work in communities around the world.

"Indra has also, selflessly, served as a mentor for associates up and down the organization, building close relationships with leaders in every one of PepsiCo's key markets, championing diversity and adhering to the highest standards of corporate ethics, earning PepsiCo a place on Ethisphere's list of the World's Most Ethical Companies every year since the list was established 12 years ago.

"Thanks to her leadership, PepsiCo is well positioned for ongoing success as Ramon assumes this new role. He is a seasoned leader with deep experience in international markets, and the board is confident that he is the right person to usher in this next chapter of growth for PepsiCo."

Commenting on his appointment, Mr. Laguarta said, "I'm incredibly humbled and privileged to be appointed the next CEO of PepsiCo, and I want to thank the Board of Directors for the confidence they have placed in me with their decision," said Laguarta. "I also want to thank Indra for her overwhelming support. She has transformed the company with her bold vision and outstanding leadership, and I feel fortunate to have her as a mentor and a friend. And of course, I want to thank all of my colleagues, as well as the customers, bottlers, partners, and investors who are part of the PepsiCo family. I look forward to working more closely with all of you in the months and years ahead, and to continue growing this special company long into the future."

Laguarta will become the sixth CEO in PepsiCo's 53-year history. All have been appointed from within the organization, a testament to PepsiCo's strong bench of talent and succession planning.

Laguarta has held a number of executive and general management roles in his 22 years at PepsiCo. Since September 2017, Laguarta has served as President of PepsiCo, overseeing global operations, corporate strategy, public policy and government affairs. Previously, Laguarta served as Chief Executive Officer, Europe Sub-Saharan Africa, one of PepsiCo's most complex businesses with operations spanning three continents and comprised of developed, developing and emerging markets. Prior to that, he served as President, PepsiCo Eastern Europe region and served in a variety of sales, marketing and other commercial roles across Europe.

Prior to PepsiCo, Laguarta worked for Chupa Chups, S.A., a leading confectionery company based in Spain, where he held a number of international roles in Europe and the U.S. Laguarta holds an MBA from ESADE Business School in Spain and a Master's in International Management (M&M) from Thunderbird School of Global Management in the U.S. A Barcelona native, he speaks multiple languages, including English, Spanish, French, German and Greek.

"Ramon Laguarta's unanimous appointment follows a systematic and thorough succession process by the Board of Directors.  Laguarta equally represents continuity and the necessary agility for PepsiCo," said Daniel Vasella, Chairman of the Board's Nominating and Corporate Governance Committee. "Ramon is a strong and proven executive with an outstanding track record growing organically and by acquisition some of PepsiCo's largest and most important international businesses. He keenly understands the evolving needs of consumers and customers and the trends affecting our business in markets around the world.  He will bring the depth of experience and innovative thinking that has powered his previous achievements as he is inheriting a well-positioned company poised to continue delivering top-tier performance. Indra has been a visionary leader who transformed the corporation and led it to unprecedented success. Her leadership skills, strategic acumen, dedication and integrity have been critical to the sustained success of the corporation and the development of top talent."

In closing, Nooyi said: "Today is a day of mixed emotions for me. This company has been my life for nearly a quarter century and part of my heart will always remain here. But I am proud of all we've done to position PepsiCo for success, confident that Ramon and his senior leadership team will continue prudently balancing short-term and long-term priorities, and excited for all the great things that are in store for this company. PepsiCo's best days are still ahead of it."

PepsiCo products are enjoyed by consumers more than one billion times a day in more than 200 countries and territories around the world. PepsiCo generated more than $63 billion in net revenue in 2017, driven by a complementary food and beverage portfolio that includes Frito-Lay, Gatorade, Pepsi-Cola, Quaker and Tropicana. PepsiCo's product portfolio includes a wide range of enjoyable foods and beverages, including 22 brands that generate more than $1 billion each in estimated annual retail sales.

At the heart of PepsiCo is Performance with Purpose—our fundamental belief that the success of our company is inextricably linked to the sustainability of the world around us. We believe that continuously improving the products we sell, operating responsibly to protect our planet and empowering people around the world enable PepsiCo to run a successful global company that creates long-term value for society and our shareholders. For more information, visit www.pepsico.com.

Statements in this communication that are "forward-looking statements" are based on currently available information, operating plans and projections about future events and trends. Terminology such as "aim," "anticipate," "believe," "drive," "estimate," "expect," "expressed confidence," "forecast," "future," "goal," "guidance," "intend," "may," "objective," "outlook," "plan," "position," "potential," "project," "seek," "should," "strategy," "target," "will" or similar statements or variations of such words and other similar expressions are intended to identify forward-looking statements, although not all forward looking statements contain such terms. Forward-looking statements inherently involve risks and uncertainties that could cause actual results to differ materially from those predicted in such forward looking statements. Such risks and uncertainties include, but are not limited to: changes in demand for PepsiCo's products, as a result of changes in consumer preferences or otherwise; changes in, or failure to comply with, applicable laws and regulations; imposition or proposed imposition of new or increased taxes aimed at PepsiCo's products; imposition of labeling or warning requirements on PepsiCo's products; changes in laws related to packaging and disposal of PepsiCo's products; PepsiCo's ability to compete effectively; political conditions, civil unrest or other developments and risks in the markets where PepsiCo's products are made, manufactured, distributed or sold; PepsiCo's ability to grow its business in developing and emerging markets; uncertain or unfavorable economic conditions in the countries in which PepsiCo operates; the ability to protect information systems against, or effectively respond to, a cybersecurity incident or other disruption; increased costs, disruption of supply or shortages of raw materials and other supplies; business disruptions; product contamination or tampering or issues or concerns with respect to product quality, safety and integrity; damage to PepsiCo's reputation or brand image; failure to successfully complete or integrate acquisitions and joint ventures into PepsiCo's existing operations or to complete or manage divestitures or refranchisings; changes in estimates and underlying assumptions regarding future performance that could result in an impairment charge; increase in income tax rates, changes in income tax laws or disagreements with tax authorities; failure to realize anticipated benefits from PepsiCo's productivity initiatives or global operating model; PepsiCo's ability to recruit, hire or retain key employees or a highly skilled and diverse workforce; loss of any key customer or disruption to the retail landscape, including rapid growth in hard discounters and the e-commerce channel; any downgrade or potential downgrade of PepsiCo's credit ratings; PepsiCo's ability to implement shared services or utilize information technology systems and networks effectively; fluctuations or other changes in exchange rates; climate change or water scarcity, or legal, regulatory or market measures to address climate change or water scarcity; failure to successfully negotiate collective bargaining agreements, or strikes or work stoppages; infringement of intellectual property rights; potential liabilities and costs from litigation, claims, legal or regulatory proceedings, inquiries or investigations; and other factors that may adversely affect the price of PepsiCo's publicly traded securities and financial performance.

For additional information on these and other factors that could cause PepsiCo's actual results to materially differ from those set forth herein, please see PepsiCo's filings with the Securities and Exchange Commission, including its most recent annual report on Form 10-K and subsequent reports on Forms 10-Q and 8-K. Investors are cautioned not to place undue reliance on any such forward-looking statements, which speak only as of the date they are made. We undertake no obligation to update any forward-looking statement, whether as a result of new information, future events or otherwise. 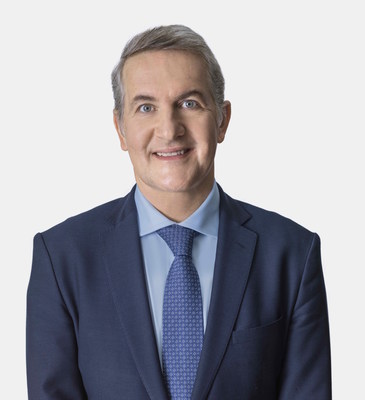