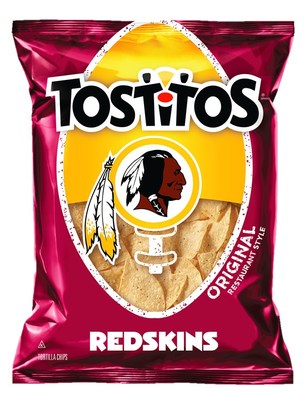 "PepsiCo is a world-class organization with a deep and unique understanding of the NFL and its fans," said Redskins Owner Daniel Snyder. "We're thrilled to bring PepsiCo's wide array of popular beverage and food brands -- as well as new and engaging experiences -- to our fans."

"The Redskins are one of the most storied franchises in NFL history," said CEO of PepsiCo North America Al Carey. "We're proud to offer our broad lineup of beverages and snacks, including choices for every consumer occasion, to the Redskins family. We'll put fans first in everything we do. We already have some great ideas on how to bring new experiences to the fans and the community and we're looking forward to getting started."

Pepsi and Tostitos will release limited-edition Redskins packaging this fall in the Baltimore/Washington, D.C. area. Tostitos' new "Lucky Bags" -- perhaps the luckiest tortilla chips ever made -- include team-inspired packaging that celebrates the official traditions of 19 NFL teams. Giving a nod to rituals and lucky charms, Tostitos created original content honoring the historic Redskins marching bands -- one of the oldest in the NFL -- with a one-man band playing songs as the chips came off the production line, infusing them with Redskins luck.

In celebration of the new partnership, Pepsi will sponsor an exciting event to kick off the season in an unforgettable way. PepsiCo also will be the presenting partner of the Redskins 2017 season.

Redskins tight end Jordan Reed is part of PepsiCo's roster of athletes, and PepsiCo is also an official sponsor of the National Football League.

ABOUT THE REDSKINS
Headquartered at Redskins Park in Ashburn, Virginia, and owned by Daniel Snyder, the historic Washington Redskins Football Club has won five World Championship titles including the 1937 and 1942 National Football League Championship games, as well as Super Bowls XVII, XXII and XXVI. Founded in 1932 as the Boston Braves in Massachusetts, the team changed its name to the Redskins in 1933 and relocated to Washington, D.C., in 1937. Since then, the team has become one of the most recognizable professional sports franchises in history, featuring multiple Hall of Fame coaches, 19 members of the Pro Football Hall of Fame (with nine others who also were Redskins) and becoming the first team in the NFL with an official marching band and fight song, "Hail to the Redskins." The Redskins have been owned by Dan Snyder since 1999, and beginning in 1997, began playing their home games at FedExField in Landover, Md.

ABOUT PEPSICO
PepsiCo (NYSE: PEP) products are enjoyed by consumers one billion times a day in more than 200 countries and territories around the world. PepsiCo generated approximately $63 billion in net revenue in 2016, driven by a complementary food and beverage portfolio that includes Frito-Lay, Gatorade, Pepsi-Cola, Quaker and Tropicana. PepsiCo's product portfolio includes a wide range of enjoyable foods and beverages, including 22 brands that generate more than $1 billion each in estimated annual retail sales.

At the heart of PepsiCo is Performance with Purpose – our fundamental belief that the success of our company is inextricably linked to the sustainability of the world around us. We believe that continuously improving the products we sell, operating responsibly to protect our planet and empowering people around the world is what enables PepsiCo to run a successful global company that creates long-term value for society and our shareholders. For more information, visit www.pepsico.com. 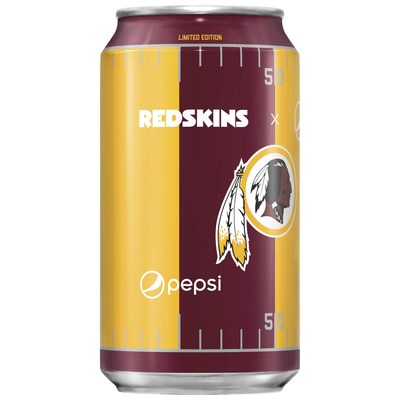